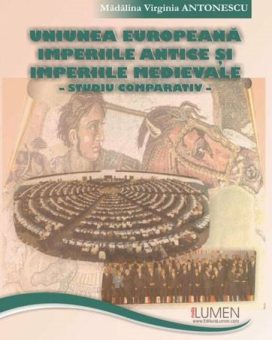 THE EUROPEAN UNION, THE ANCIENT EMPIRES AND THE MEDIEVAL EMPIRES. COMPARATIVE STUDY

This paper, in its enriched, updated version, which takes into account the evolution of the EU from 1993 to the present, in 2007, is the first part of a set of books based on a personal theory of the imperial nature of the EU. The object of this paper (which can be classified as a political essay, but can also be considered a trans-historical study) is a comparison between the EU, as a type of post-modern empire, original, contemporary new and the type classic of empires (in which we included the empires of the ancient period and those of the medieval period). Of course, it is not a comparison between the EU and all ancient and medieval empires, for reasons of space but also because these empires usually follow a certain pattern (in terms of the way of formation, the founding principle, the way of organizing the powers , mode of expansion, causes of decay) specific to martial empires (founded, extended and collapsed using military methods). (The author)

AN ETHICAL APPROACH TO SCIENTIFIC PUBLISHING